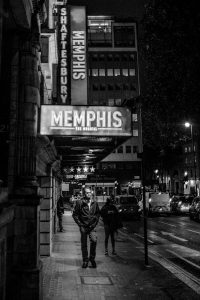 Why would a photographer whose initials are NT call his website dg28? It’s a question that I get asked with amazing regularity and, for the many years I have had the site, I have always enjoyed the mystique.

I did a seminar last week (in 2009) for some London Strobists and the first question that I was asked was “why dg28?”. Every time I tell the story it gets less exciting – unlike most anecdotes which seem to get longer, more interesting, more adventurous and even more heroic. I have finally decided to tell all. Right here, right now..

It all started back in 2000. I had a site hosted by AOL which had a domain name longer than anything you could properly remember and content which was attracting quite a bit of attention. I had written a couple of short pieces for Phil Askey at DPReview and sitting in a London bar he advised me to get some proper hosting and a snappy domain name. Good advice from someone who knows a thing or two about photography websites I thought.

A couple of days later I was doing one of my visiting lecturer appearances with some highly motivated post-graduate photojournalists. I was telling them all about the digital process – something that I was already used to but few of them could get their heads around. It was a successful lecture and we ended up in another bar for a couple of drinks. We talked about photography, photographers and photojournalism for quite a while. The topic turned to the old chestnut of “what was the first record that you ever bought?”

I always like this one because I have a very good answer. One member of my family who has otherwise excellent taste started his collection with “Ernie and the fastest milk cart in the west” by Benny Hill – something which still embarrasses him. Being proud of my record I spoke first and told the students that I had bought Metal Guru by Marc Bolan and T-Rex. At that point one of them (a young Canadian guy) said “that’s great. You bought Metal Guru and now you are our Digital Guru…” Cue light bulb moment… digitalguru would be a brilliant domain name.

The next day I got onto a registration website only to find that it was gone. As were several variations. Then I remembered Phil Askey saying that short is good so I tried variations on DG and finally settled on dg28.com because the dg bit is for digital guru and the 28 is for the day each month (the 28th) when I used to post updates.

You see what I mean, it’s not actually that interesting but it makes for a decent story – one which I hope to be telling less often in future.

* This piece was originally posted on my blog in 2009.